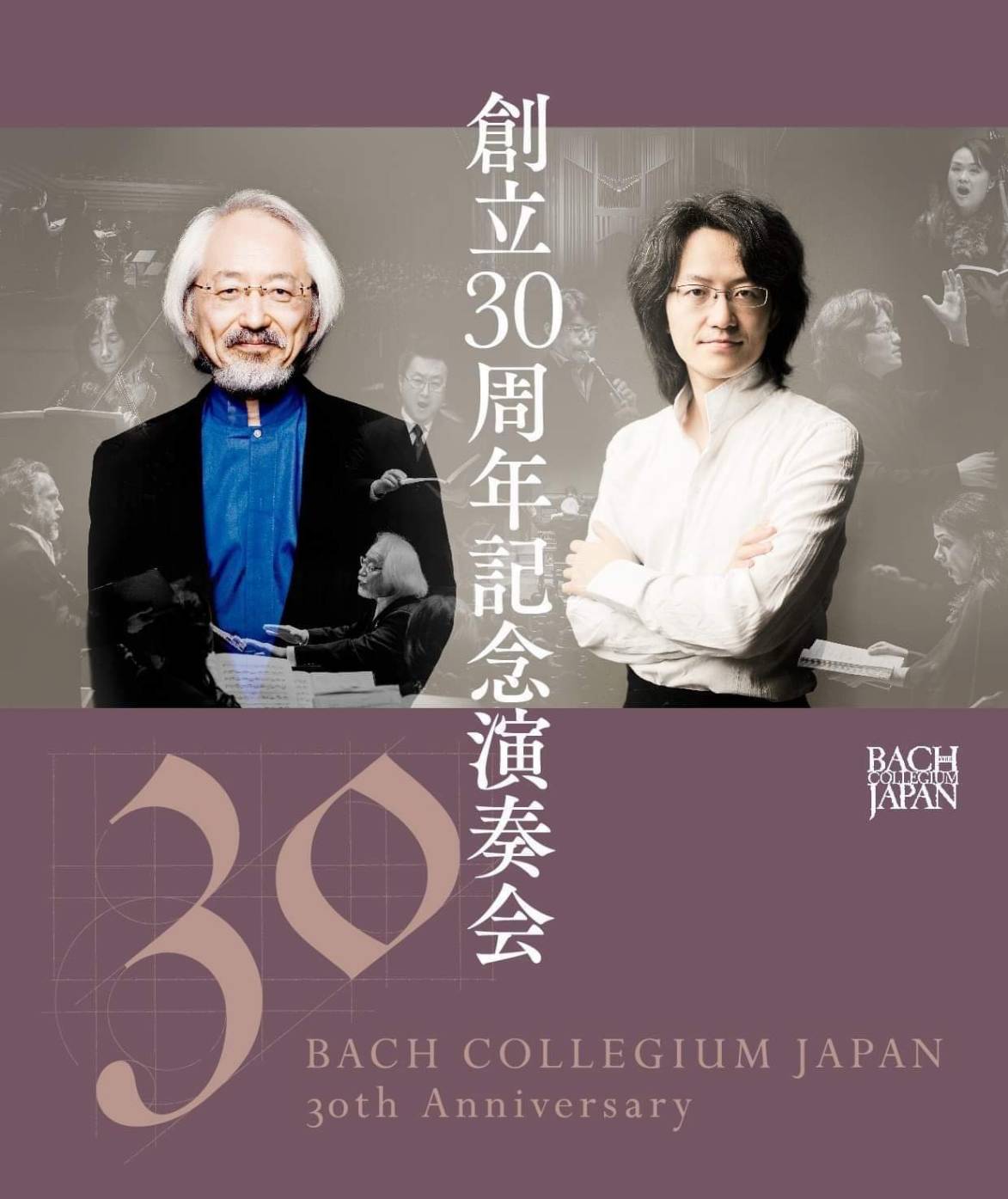 1990
Bach Collegium Japan’s first concert as an inaugural event of the Izumi Hall in Osaka, Japan.

1995
Begins the church cantata complete recording project with BIS Records.
Charity concert for the victims and survivors of the Great Hanshin-Awaji Earthquake.

1997
Moves its base in Tokyo to the Kioi Hall.
First overseas concert in Saint-Florent-le-Vieil, France.

1998
Moves its base in Tokyo to the Tokyo Opera City Concert Hall.

2001
Tour to Italy (Milan, Rome, and Florence).
Masaaki Suzuki receives the Mainichi Art Award and the Cross of the Order of Merit of the Federal Republic of Germany.

2002
Tour to Spain and Italy (Andora, Spain, and Italy).
Recordings of J.S. Bach’s church cantatas series chosen as one of the ten “top discs of the decade” by the BBC Music Magazine.

2008
Tour to Europe (Spain, Luxembourg, France, and Germany).
Recording of J.S. Bach’s Mass in B minor, BWV232 wins the Diapason d’Or and receives nomination for the 2008 Gramophone Award.
Masaaki Suzuki serves as judge at the Leipzig International Bach Competition (organ).

2014
Masaaki Suzuki receives honorary doctorate from the Theological University of the Reformed Churches in the Netherlands.
Launch of the Luther 500 Project.
Performances in London and Prague.
Tour to the US including the Carnegie Hall in New York.
Wins the 45th Suntory Music Award.

2015
Masaaki Suzuki receives the honorary doctorate in theology from the Theological University of the Reformed Churches in Kampen, the Netherlands.

2016
Grand Tour to Europe including London, Paris, Vienna, and Amsterdam.

2017
Luther 500 Project is completed.
The complete performance and recordings of J.S. Bach’s secular cantatas series is completed.
Tour to the U.S. with Christmas Oratorio (New Haven, New York, Ann Arbor, San Francisco, and Costa Mesa).
Masaaki Suzuki and BCJ win the Gramophone Awards in the Choral category for the recording of Mozart’s Mass in C minor.

2017    Gramophone Awards in the Choral category